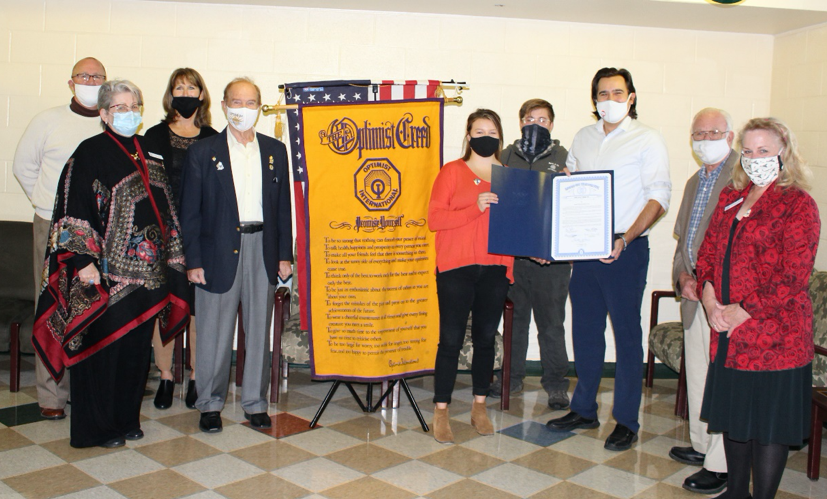 Recently, Michigan State Representative Brad Paquette of the 78th District honored the Niles, Michigan Optimist Club; also known as the Niles Noon Optimist Club, in a brief ceremony at the YMCA of Greater Michigan. The Noon Optimist Club is celebrating its 50th Anniversary. Representative Paquette presented a Letter of Recognition to Niles Optimist President Sammee Schaller in honor of the club’s accomplishments in Bringing Out the Best in Kids in the greater Niles area for the past 50 years. Representative Paquette acknowledged the many activities and events the club has created for children in the area and how those activities helped to strengthen not just the children, but also the entire community as a whole. The ceremony was attended by the Michigan State Optimist Governor, Ms. Debra J. Berry and the Past Michigan State Optimist Governor Ms. Theresa Jarratt. Also attending was Past Niles Optimist President Denise Peters and Past Optimist International President Michel Listenberger and other local Optimist Board Members including Larry Sehy, Jeff Whittaker and Josh Sitarz, President of the Riverfront Optimist Club in Niles. The Noon Optimist Club was chartered in September of 1970 and has presented a variety of youth activities and events over the years to help support, educate, and improve the lives of children and to extend the idea of Optimism to the entire community. The club has raised and distributed more than $250,000 in scholarships to Niles, Brandywine and Buchanan High Schools over their 50-year history, supported Junior Optimist Clubs in the area, provided funds to numerous other entities for the betterment of our children and sponsored a variety of activities including Soap Box Derbies, Baseball & Basketball Clinics, Wilderness Runs, Bicycle Safety Clinics, Salvation Army Bell Ringing, The Niles Triathlon and the ongoing and successful program known as the Niles Optimist Soccer League. For more information about the Optimist Club of Niles Michigan, visit our Facebook Page.